Scholars discuss the Trump presidency with 100 days down, 265 to go

The First Year Project on CSPAN

Trump's pick is unprecedented, but there are many and varied stories behind first year nominations

Congratulations to the students who won the essay contest!

The spike in Ike

Coming around to a carbon tax

Governing by surprise is not a recipe for success

Why "no surprises" helps the president and the cabinet

Will the Trump administration behave differently than the Trump campaign?

Eric Holder will headline our national summit on race and the presidency, Feburary 15th in Atlanta

From the Presidential Oral History Program, we bring you some inaugural memories

How the president's success is limited by structural and institutional realities

Speechwriting in the first year

Rutherford Birchard Hayes is perhaps one of the most underappreciated presidents

History has not been kind to James Buchanan or his inaugural

Not many Americans know James P. Polk but they should

What history can teach an unprecedented president-elect

The director of the Miller Center reflects on the next presidency

Presidential leadership in the first year

On December 12, the First Year Project teams with the Brookings Institution for a half-day conference in D.C.

The environment of opportunity

End of the honeymoon?

Prospects for White House-congressional relations in 2017

Reasserting the importance of cities

What voters want most from the next president

It's a pretty surprising quality that dates back to Dwight Eisenhower

A view from the inner circle

Our look at past debate promises continues with education

Our look at past debate promises starts with health care

How much will the presidential debates matter?

Tales of transitions past

Five past-presidential transition leaders on what to do before inauguration

Hispanics and mobility in America

Why the next president needs to act

Coming on Sept. 19: how the next president can revive confidence in the Great American Dream

Every president has a first year

A in-depth look at immigration from WNYC, WGBH, and Public Radio International

History teaches the next president that friendly initial overtures can backfire

Populism and scapegoating on both sides of the Atlantic

U.S. News & World Report on the First Year project's efforts to help the next president

Nicole Mellow argues that although Trump is no Goldwater, there may be a political realignment on the horizon

Laura Blessing argues that the next president should strengthen their party using message, money, and policy

The promise and perils of going local

By the Book: Grover Cleveland

Whose job Is it anyway?

Anna O. Law examines how the government has managed immigration

Philadelphia lessons for the next CEO of the USA

By the Book: Franklin Pierce

Three ways our next president can facilitate local growth

By the Book: Franklin D. Roosevelt

History shows it can change the dynamic of a political convention

By the Book: Thomas Jefferson

By the Book: James Garfield

Toward a more holistic approach

How our national discourse is preventing comprehensive immigration reform

How the issue of immigration needs Trump

Making amends for past wrongs

Democrats should fix the broken immigration system they helped create

How did these two president approach immigration policy in the 1920s?

By the Book: John Adams

What advice do Michael E. Dyson and Elizabeth Hinton give to the next president about easing racial tensions?

What was the Bracero program?

Promises and price tags: A fiscal guide to the 2016 election

By the Book: Warren G. Harding

The Supreme Court wants immigration resolved in the political arena

By the Book: Ulysses S. Grant

courtesy of the National Archives

By the Book: Herbert Hoover

The first year as an outsider: President Carter remembers 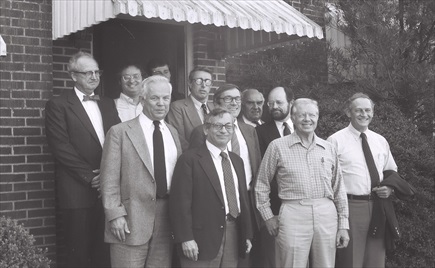 By the Book: Chester Arthur

Our First Year team of experts offers essential readings on the 21st president.

Explore the presidents' first years through this interactive piece

John F. Kennedy delivered one of the most memorable inaugural addresses ever

By the Book: James Monroe

As with so much, George Washington's Inaugural Address set the stage for all that followed

By the Book: Calvin Coolidge

In his first speech as president, Bill Clinton sought to acknowledge frustration and project hope

Ted Kennedy and the Troubles, part 2

Ted Kennedy and the Troubles, part 1